As another year winds up, I take a look back at the past 12 months I’ve passed. And looking back, there’s nothing more I could feel beside being grateful. I just can’t believe that I came across this time faster. It’s way faster than I thought, indeed. But in so many ways, 2014 has been one of my best year. It was so full of challenges, laughter, tears, stress, works, struggles, and surprises. It got its ups and downs. But it was a big sweet one.

Now here we are at the very end of 2014. So here’s a little look back at the amazing year!

Let’s be grateful, as we’ve just lived one year more.

The year started off really well with a short trip to Singapore and Vietnam. Fred & I went to visit Hanoi, Ha Long Bay, and also Saigon for the very first time. It’s kind of fun since we relied on nothing but the map! And what I mean by map, is that paper map – since we didn’t have any internet connection.

The temperature at Hanoi in January is cold! It’s always around 10 degree Celcius or so. And sometimes it drops below that. You would think that 10 degree celcius is just chilly, but there were strong wind. And there’s not much place with heater. So it might make you feel much much more cold than what you expect.

Since I live in a tropical country where it’s summer all year long, I might say January is a perfect time to explore Hanoi since you could just walk around without sweating. And you can eat whatever you want without feeling guilty since you have to warm yourself up. Is it just me? Or… anyone?  But anyway, it’s a good start to the year! 😉

February has always been my favorite month of the year. It’s my birthday (and also Fred’s birthday)! We went to Kota Tua, Jakarta and had a lunch at Cafe Batavia. Spread the love! 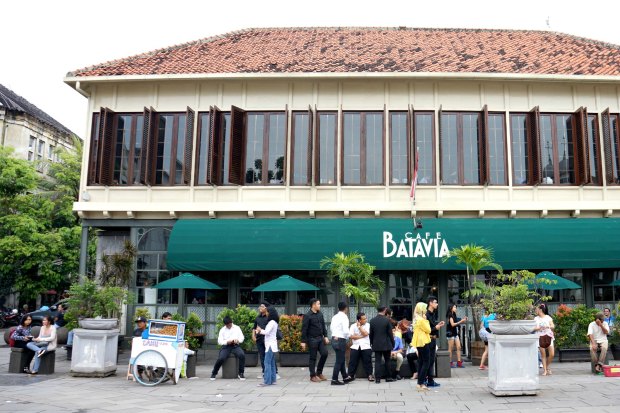 I also did my first Final Project Seminar this month, which went just well, I think. At least the tension is over, for a while. But good news, I’m going to Japan next month for student exchange! I couldn’t be more excited to hear the news!

March was my favorite month this year!!!! It’s when I went to Japan for student exchange. Being able to live in Japan for 2 weeks was like a dream come true to me. Well, not really a dream actually since I’ve never dreaming about going to Japan. It’s more like an… unexpected gift. I’ve never imagined myself to go to Japan since it’s known for the high prices. You know, the high living cost, the high food price, and the lists go on and on.

But then, I was lucky enough to be one of the participants of AIMS Short Stay Program 2014 in TUAT (Tokyo University of Agriculture and Technology / Nokodai) Japan. Domo arigato gozaimasu for the chance!

Anyway, I did observe things during my stay. I watched how people interact with each other, how they behave, how they do things. I learned so many things from them. We also have a short discussion about it at class. I found Japan uniquely beautiful, in its own way.

During our stay, we got a chance to visit Hakone, Kamakura, and Yokohama. And during weekend, we stroll around downtown Tokyo.

By the way, I impulsively bought a ukulele and can’t stop playing it ever since! Should I give it a name?

Top blog post this month :
The Unique Side of Japan
One Day in Tokyo

Nothing much happened in April, I supposed. It’s just my German test, as far as I recall. And… my final project. But anyway, it’s a boring month.

But Fred and I managed to have a short getaway from the city. We went to spend the day at Dusun Bambu and ended the night watching an orchestra concert.

Got a surprising news on our last day of lecture in uni. My team made it to the Runner Up of Samsung App Challenge. Hurray!!! Seriously, my team mates are just awesome (They’ll make it without me, anyway!). So cheers for a new matching phone! 🙂 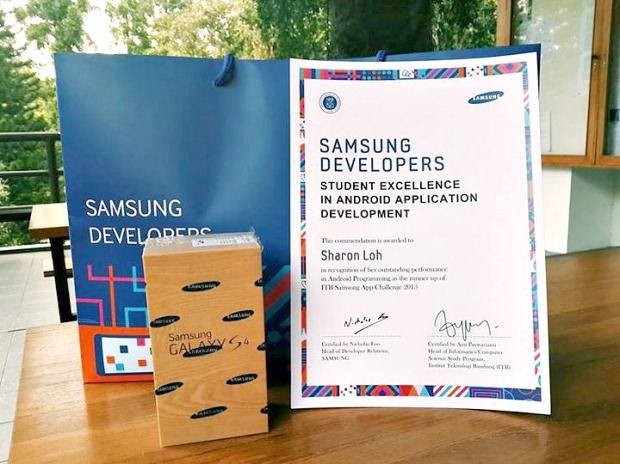 I went to Pangandaran for the first time! It’s been a lovely short escape from my thesis. The rain didn’t stop pouring for two days straight, but finally we got to see the sunshine on our last day. We went snorkeling, catching sunrise (which apparently didn’t show up due to the thick cloud), ate a looooot of seafoods, biking, and swimming. Pangandaran might not be my favorite place on earth. But still, I really enjoy my time spent with friends.

I also joined a Muay Thai class!! It’s sort of impulsive, I know. But it was fun!

I met several food bloggers from Bandung. Can’t believe that some of us make a really good friends, right until now. For this, I’m really grateful.

August has gone much more interesting than I thought it would be! I participated in a cooking class at Kijang Mas Bandung, then I went to Dago Dairy for a camp. 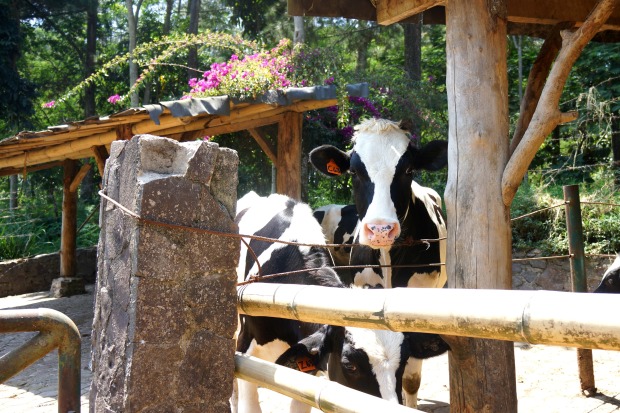 It was suuuuuch a great day for me. I met some new great friends. And memories that last forever. Besides, this farm sort of reminds me of my childhood memories. You know, our dad used to take us to the farm on weekend. We’d go playing with the cows (we had only three though), go fishing (boooooring!), have picnic, and yeah, most of the time we just wander around the farm picking some flowers. My mom would bring snacks for us. And… that was the moment I’ve been waiting in the whole week.

IT’S THE MONTH WHEN I DID MY BACHELOR THESIS DEFENSE!!!! *yes, I need to put on caps-lock on this*. I’m so happy that I’m now officially a Bachelor of Informatics! The fact that I could stop working on my thesis really excites me. 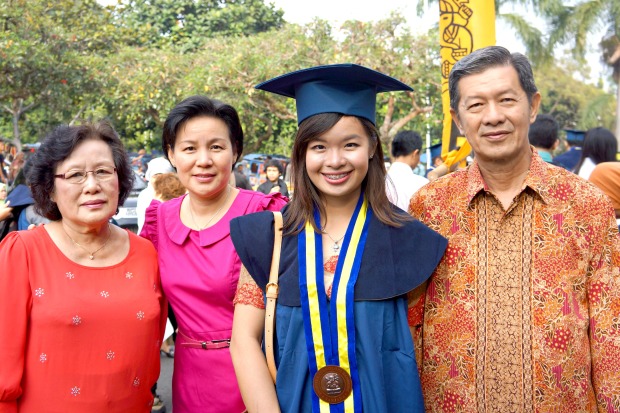 There’s not much going on in November. One of the most interesting thing I did was attending Zomato Meetup at Spanky’s Kemang, Jakarta and learned how to make cocktail. I had a great lunch time with Foodies Friends at Spanky’s Ribs and Martini. Thanks to Zomato who made this meet up happen! I met a lot of new friends!

To end the amazing year, I went on a short trip to Singapore. And had a Wine Dinner at Sheraton Bandung and also a Staycation at Hilton Bandung. This month was a total blast!

I spent the first day in Singapore alone before Fred and his family came over the day after. I slept in a hostel with the other 3 people sharing the same room, walked around the city, went to a Cat Cafe, ate a lot of local foods, meeting good old friend. It was more than I could ask for.

Then here comes one of my favorite dish in Singapore : SONG FA BAK KU TEH!

No doubt, 2014 has been one of my best year so far. I’d like to say thank you, as always, for reading. And for those who come and go, for those who stay, for those who made my day colorful. Thank you… May all of us have another happy adventurous year ahead of us!

Let’s be grateful, as we’ve just lived one year more.

Read also my another stories :