Long before our wedding day, we’ve been planning for our short honeymoon trip to Australia before the real honeymoon (or should I say honey-year?) starts on 2018.

So the plan is, we’ll go to Darwin and do a road trip from there all the way to Sydney together with Adam & Susan. Then we’ll spend a couple of days in Sydney before we go back to Indonesia. Now we’re still waiting for our tourist visa application which hopefully will be issued next week.

Then later after our first trip to Australia, we’re going to spend a year there with our WHV (Working Holiday Visa) and hopefully, we’ll be able to apply for a second-year visa as well! Oh, I really can’t wait!!!

I’ve been taking months off since before our wedding day, that means, no baking within these past 5 months, and probably it’ll continue until 2 years later. I feel so unproductive yet I feel like I’m really enjoying life right now. Maybe this is all I need before I’m ready to open a real cake shop the next 2 year.

So anyway, last month (April 2017), Fred bought an old Mercedes Benz (it’s 1972 … I think) as our wedding gift. He’s been busy restoring the car ever since. Then, earlier this month (May 2017), we did our mini honeymoon which we later call as “Honeymoon Jilid Satu” (or honeymoon part 1).

We went to Bandung with the old car, had some troubles along the way – which was very frustrating not only to Fred but also to me! But finally, he figured a way out. He found a small old workshop here in Bandung. People call it “Koh EngGin” place (Jalan Sentosa Asih II No.19 Bandung Selatan). He is awesome.

On our first night in Bandung, we stayed in Hilton Bandung hotel. It was a complimentary staycation and we were so glad we got to stay there for a night! I’ll write about it more on my blog! What I like the most about Hilton Bandung is the weekend (Friday & Saturday) buffet dinner. It’s IDR 288k++ / person and for that price, there are plenty of scrumptious meal you can get.

We even had sea lobster and man it was gigantic.

We stayed in King Deluxe room and did manage to do a little hotel tour, which includes a tour of other types of room!

Later that night after the amazing dinner buffet at Hilton, we were supposed to move to another hotel (which happened to be a hostel) and we found our car wouldn’t start. What a nightmare! It was around 10 pm and we decided to leave the car at Hilton’s parking lot and take a cab from there.

We stayed at Gado Gadu Hostel which we booked through AirBnB but unfortunately it was not what we think it is. We ended up spending only one night there.

We went to Lereng Anteng later that afternoon and spent quite some time there. We had Indomie Rebus with eggs, cireng, and of course, kopi tubruk. Fred’s life is complete with kopi tubruk. It’s his favorite kind of coffee aside from kopitiam styled coffee. 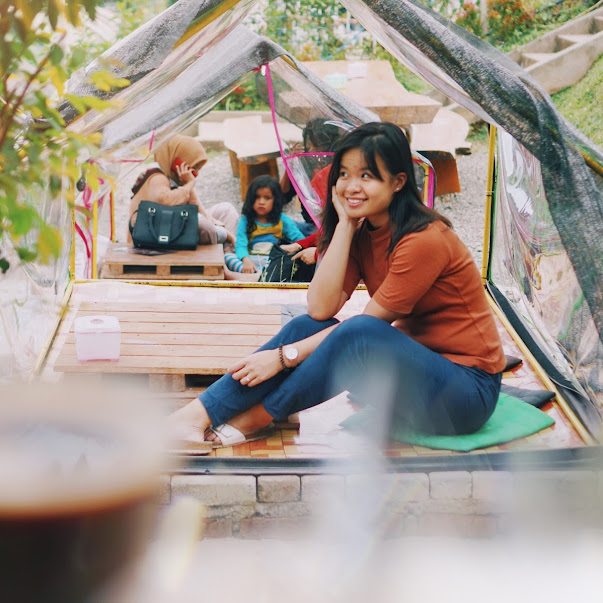 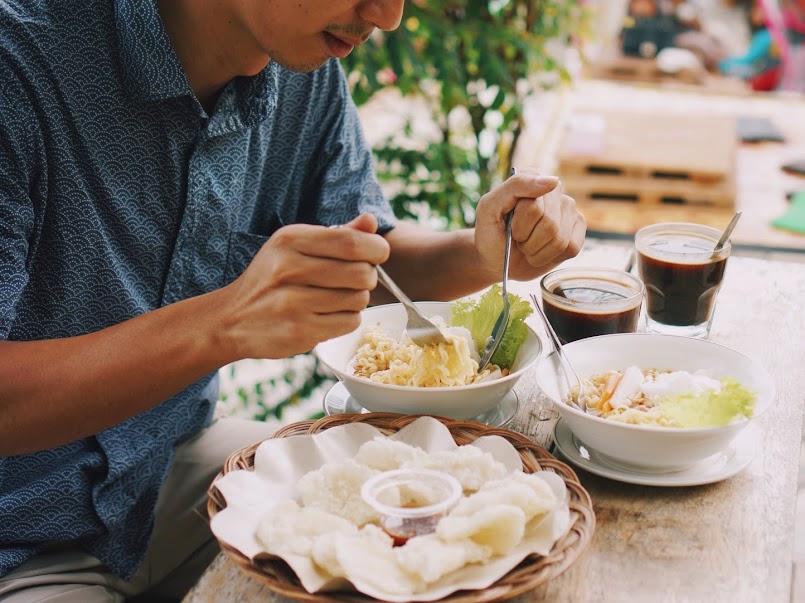 This place was far from what I thought it would be. It wascrowded but not very instagenic to be honest. The tent, I thought it’s going to be just covered in transparent plastic, but last time I went, they covered it with this black nets which to me, looks pretty ugly.

But nevertheless, we had a great time! I even write this blog draft there, in Lereng Anteng.

We also went to Rumah Guguk, one of the place I’ve been wanting to go for so long! It’s a pet shop with a little park where you can bring your pet (or watch other pet) swim or play together. You can also play with the dogs there if you want! I personally think the dogs there are all quite dirty, like the poodles, they have stain (which might be red yeast infection) all over their fur). So sad. But still, we are spoiled! ❤

We also went to Farm House Susu Lembang. What I like about this place is that the whole settings are not only great for taking photos, but also very calming! And you can rent a Dutch costume which you can while walking around and taking photos here for Rp 75.000 / hour. What a brilliant idea.

We spent 2 nights staying at our friend’s home, (Thanks, Ranie & Victor! We promise we didn’t do anything in your room :P), had a shabu-shabu dinner, and went eating out together. It was fun!

Now we are on our way to Yogyakarta, with the healed car and a strong desire to explore. I’ll write more updates later. And Aggy, see you soon! And get you dog, Echi, groomed because I’m going to hug her big times! ❤