Loy Krathong and Yi Peng (full moon day) are both two famous festivals in Thailand. They both take time on the full moon day on the second month of Lanna lunar calendar, which usually falls on November (but please check the exact date before you go!).

Loy Krathong, which means “to float a basket”, is a kind of festival where people will gather on a river side, or pond, or somewhere with water to release their “boat” or krathong. The krathong is traditionally made from banana leaves with some flowers and incenses on it. The more modern one can be made of bread (yes, bread) and even styrofoam (booo). I think people will normally make a wish before releasing their krathong.

While Yi Peng in Northern Thailand, like Chiang Mai, are celebrated by releasing lantern to the sky. 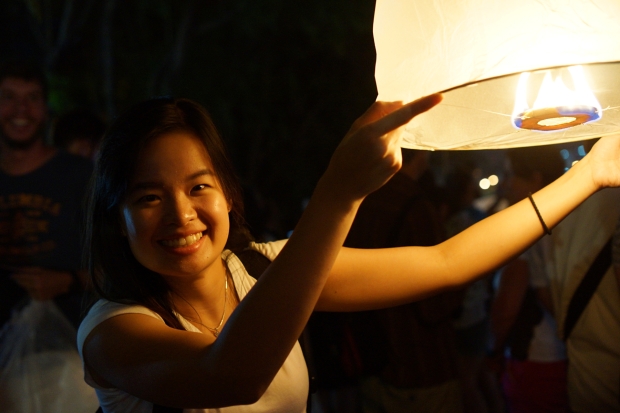 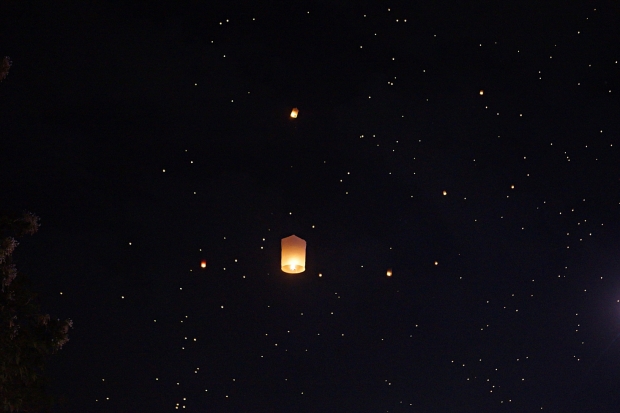 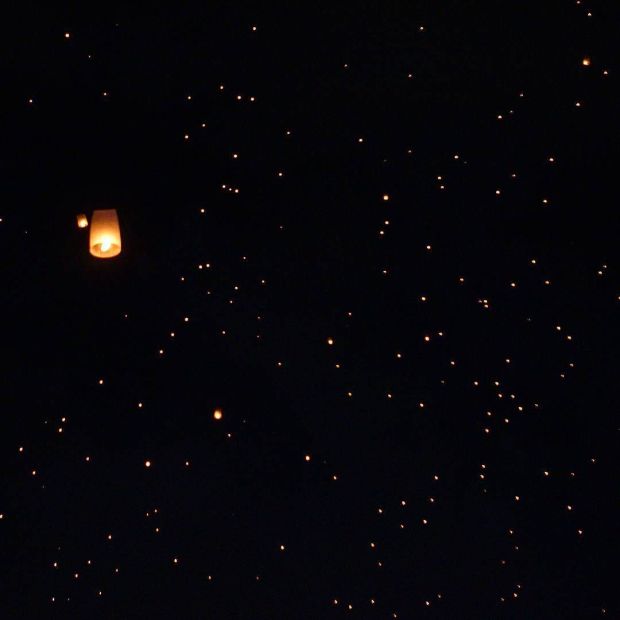 When I went to Chiang Mai last year, both Loy Krathong and Yi Peng festival were celebrated on the same day. It gets a bit confusing at first, I thought it’s the same festival but actually it’s not. I’m more into Yi Peng though (who can resist those lovely lanterns?).

So anyway, if you’re in Chiang Mai some time in November, make sure not to miss the festival. One or two days before the festival, they usually hold some kind of parade in Old City area. There was even an opening ceremony with fireworks all over the sky. Make sure to check that out as well. 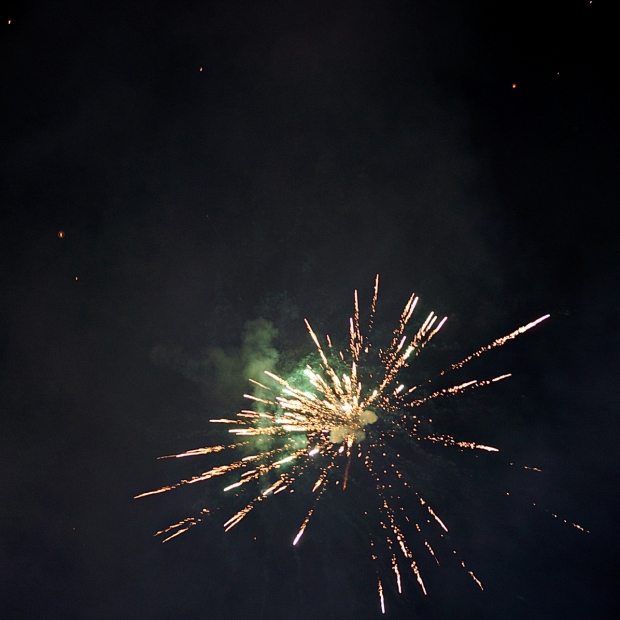 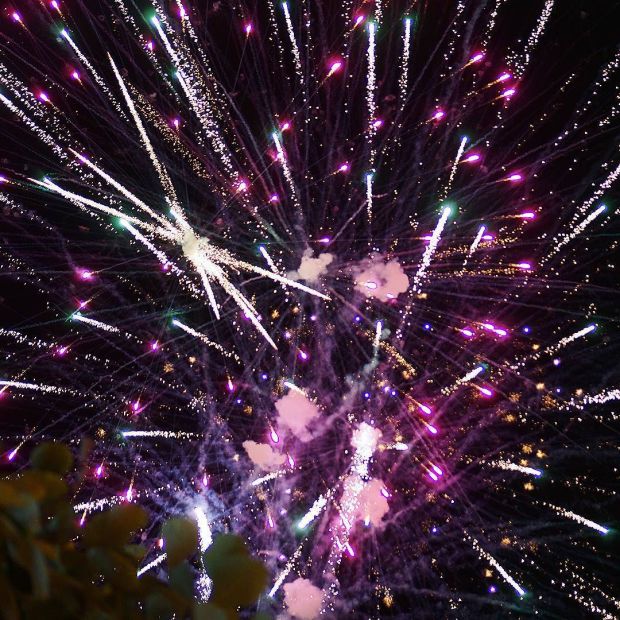 You might wonder what the city will look like 2 or 3 hours after the festival – it must be full of trashes! Well, on our way home which was around 10 or 11 pm, we did notice some burnt lantern on the street. And some floating banana leaves. But, they all gone the next day. I didn’t know how they do that, but I think the government really take care of those thing. Bravo!!  The only guilty feeling you’ll ever have for attending the festival is to have your midnight snack afterward #oops. 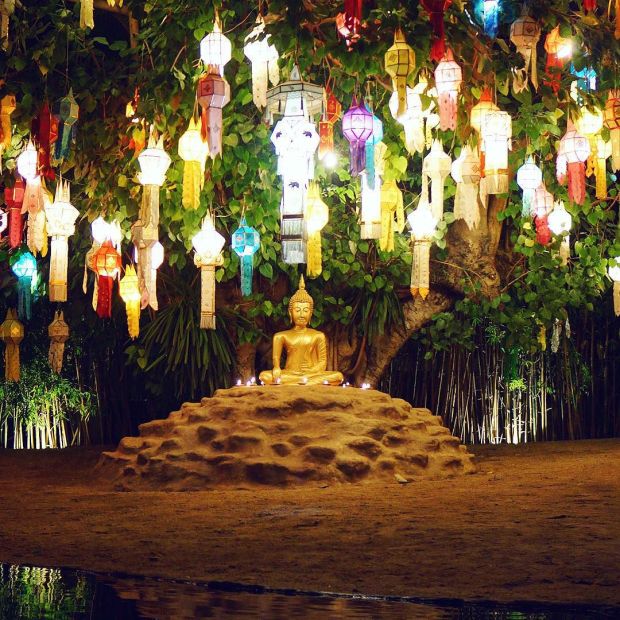 To sum it up, here’s a brief information about the festival in Chiang Mai which might be useful for your travel plan.

When?
Sometime in November, go check the exact date before you go.

Where?
It’s celebrated all over Chiang Mai, really. But, if you want to get the feel of both festival (Loy Krathong and Yi Peng), go to Ping River. There will be crowds releasing lantern and also krathong. There were even a parade when we got there. And also a lot of food stalls.

How much should I prepare for the festival?
You can enjoy it for free! There are no admission fee. But, if you’re willing to get yourself a lantern, bring some money with you. I can’t remember how much I paid for my lantern, but it’s very cheap as long as I remember, around 50 – 100 Baht. Can’t remember.

You did mention about the parade, what is it?
Oh yes! Two or three days before the actual date of the festival, there was a parade in Old City. Go to Thaphae Gate. You can start from there.

What should I prepare for the festival?
Nothing, really. Just pack your things and go. We did bring our water bottle and some cash. And also our camera. That’s basically it.

I heard that the festival will be held on 15th November this year. Planning to go? It’s one of the best thing ever, I promise!