You know, I’ve been to Sheraton Hotel Bandung a few times lately but Sheraton Bandung has never failed to surprise me! After having to taste their amazing selection of lunch menu, this time I came back for the Sunday Brunch!

What I love about having my Sunday Brunch here is that Feast Restaurant is located just beside the pool. So it makes me feel like I’m having a short summer getaway at an exotic island, while in fact, I’m at a highland area. 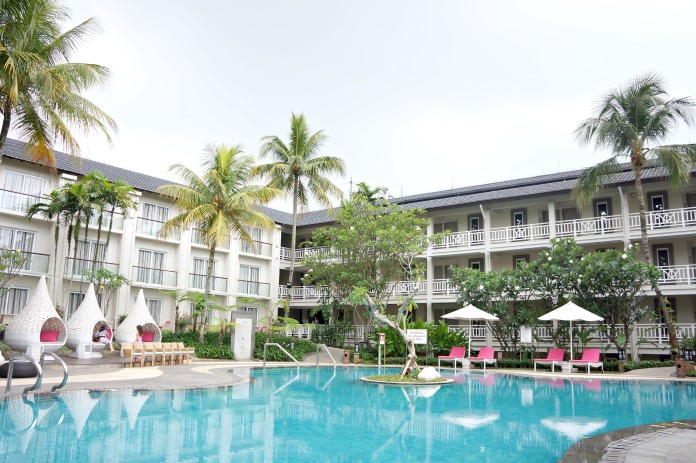 So, we were actually celebrating the launching of the new Sunday Brunch concept as they have a new chef from W Retreat and Spa Maldives now. (A big congrats to Sheraton Bandung!!) 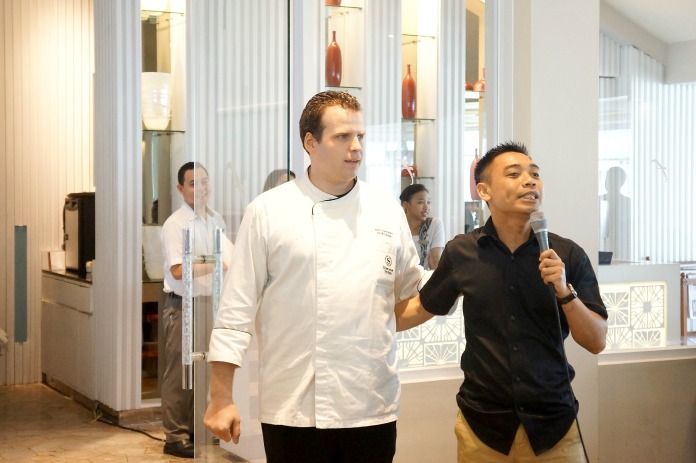 The Chef and The GM of Sheraton Bandung

One thing that attracts me that Sunday is this Kids Corner. It’s more like a place children can play together, and there’s also some amount of choices for the food. Moms, don’t worry! Sheraton Bandung got your back! 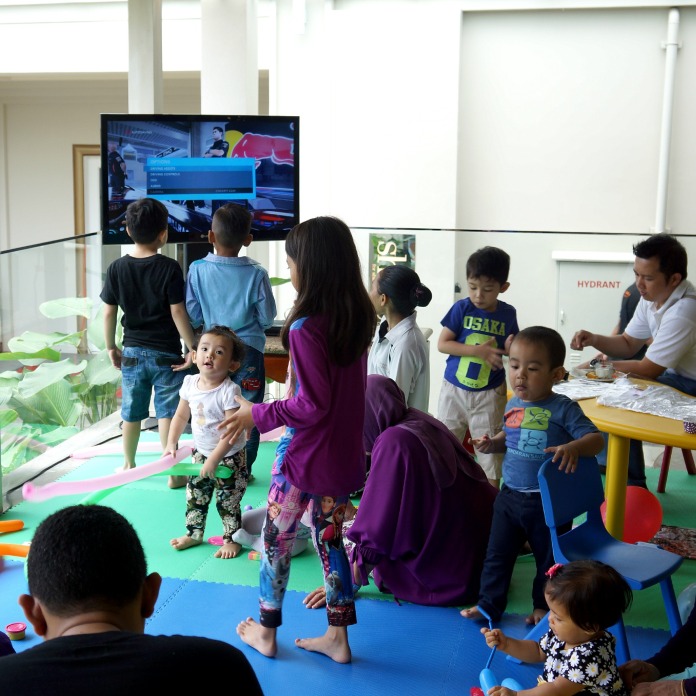 There was also a clown at the Kids Corner whom children can play with! I personally see that they’re really putting an extra effort for the kids activity 😉 Besides, by having this Sunday Brunch, we can SWIM FOR FREE! No wonder why I spotted so many kids running around with swimming suit after they finished their brunch then 😉

The food here is ranging from Indonesian, Japanese, Chinese, to Western food. There are some stations : the appetizer station, the main course station, the drink station, the BBQ station, and my favorite one, the dessert station!

To start with, I had a cup of Bandrek-cinno or Bancino which is basically the Indonesian Sundanese drinks Bandrek but it’s foamy on top which make it looks like cappuccino. Bandrek is usually made of ginger, palm sugar, and cinnamon. Sometimes, people add milk to the mixture to make it lighter and sweeter.

This Bancino I had here at Sheraton Bandung was clearly way lighter than the one I had somewhere else on the street. And also prettier, indeed. 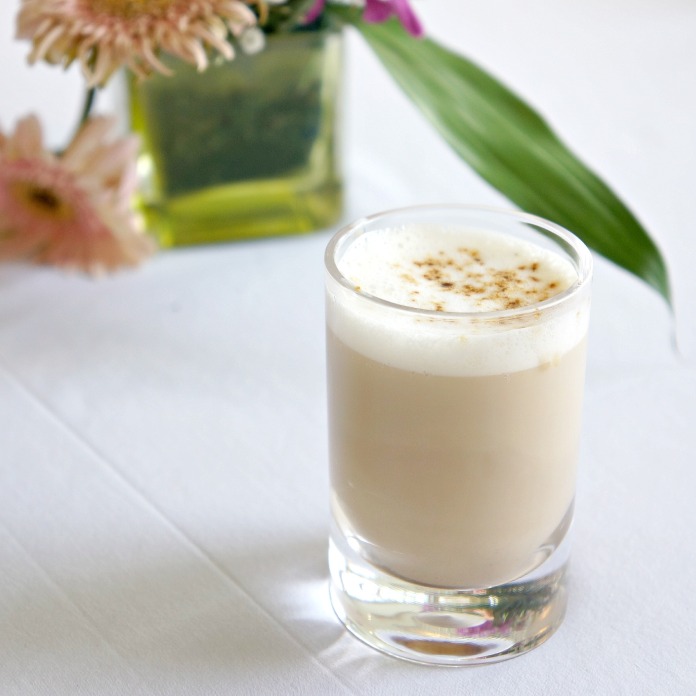 Then, I opted for Miso Soup as an appetizer. It’s served with some Soba, tofu, and many other complements. Smells and tasted so… so… good that I think I’m gonna have another bowl until I realize there are still a lot of food I haven’t tried yet.

I was in the mood for something grilled, so I had some amount of grilled seafood over here. What do we call it? Teppanyaki?

There were shrimp, squid, green oyster, chicken, beef satay, and lamb. I was kind of surprised of how the oyster tasted like. You know, I don’t like my oyster raw so this one works perfectly with my taste buds! I even took some more, just because I don’t think I could find the same one elsewhere. 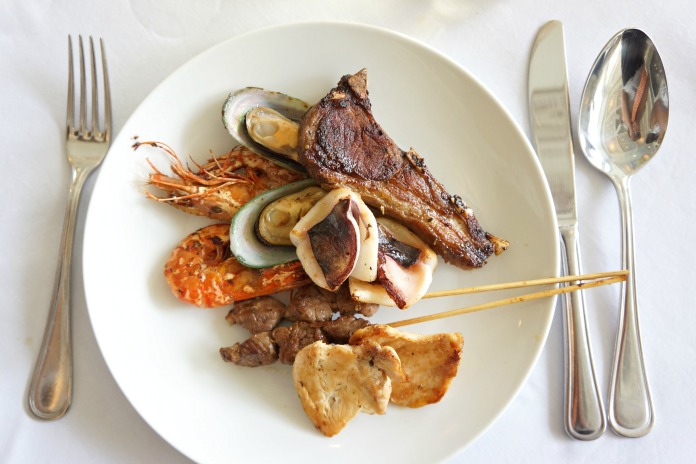 Then, I opted for a bowl of warm Indonesian-style Sop Buntut (Oxtail Soup). 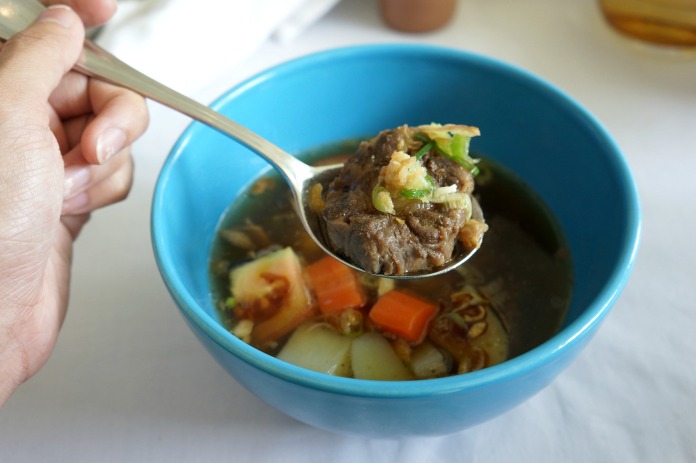 The soup was so good! It has this intense meaty flavor although it’s a tad bit salty. So I put some sweet soy sauce to keep it balance. As for the condiments, we could choose it ourselves! So I had boiled potato, carrot, tomato, and LOTS of fried onion. The meat itself was perfectly cook. So tender and juicy!

Then there’s this noodle which was hand-made by the chef on duty.

Then we have to choose the toppings and also the soup. And tada~ Your noodle’s ready! 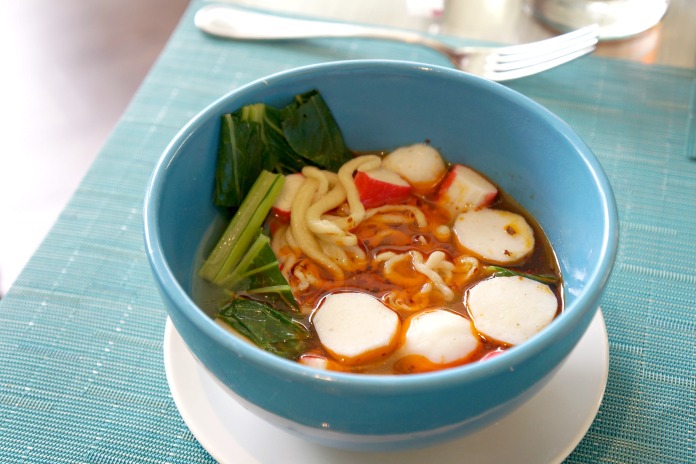 One of the highlight of the meals was this Gado Gado. Or karedok? I can’t tell the difference. But it’s basically veggies with peanut sauce all over and some crackers to eat with. Some say it’sIndonesian Salad, to make it easier (and fancier). This one was sooooooo good. I used to have Gado Gado with a runny kind of sauce. But this one is so thick and creamy. And you can really taste the peanut without it dominating the whole flavor. And uhm, this one is spicy too.

As for the dessert, I had this sweet waffle with ice cream. Too bad that the waffle was not cooked enough. But never mind, the ice cream saved it!

I also had this so called Nutella drink, which tasted more like an ordinary melted chocolate ice cream. Cute presentation, though!

Not satisfied with the dessert I took, I had this Juice Shots. The red one was Dragon Fruit with Lemon, I think. And the yellow one was Mango. Super thick, flavorful, and refreshing! 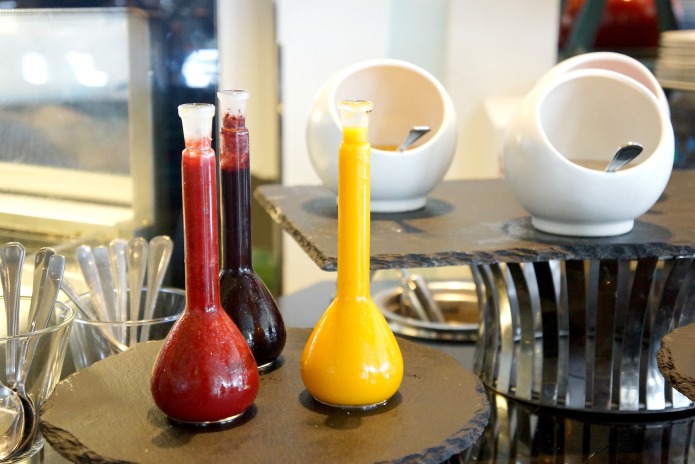 But then, that juice shots also couldn’t stop me from having more ice cream. I had some amount of almond slices on top of my ice cream. Yum! 😉 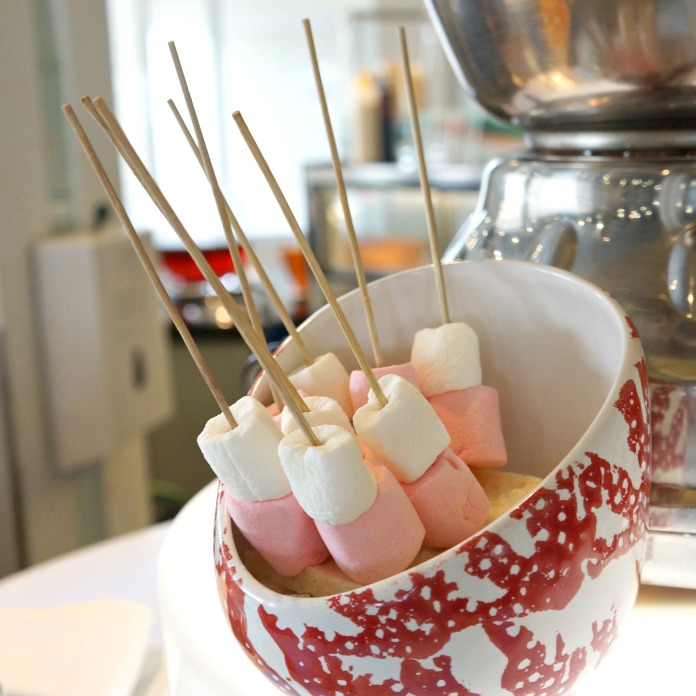 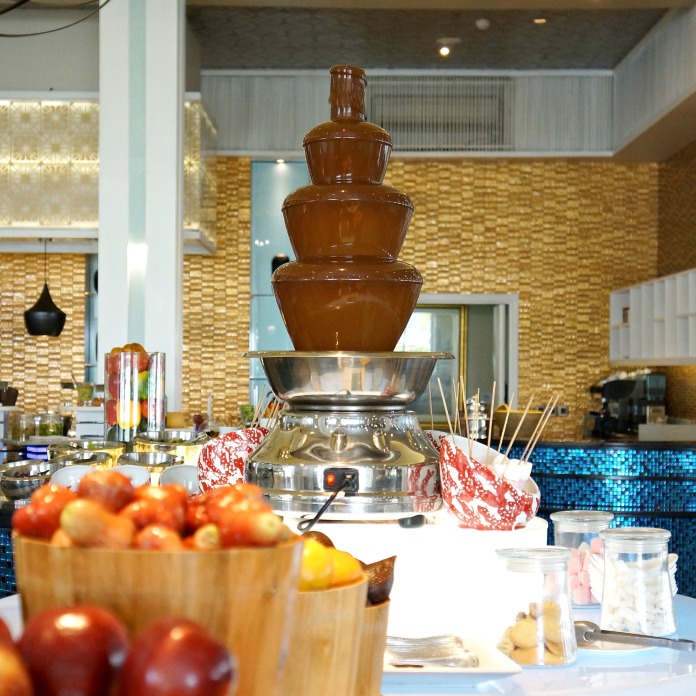 Too much for a brunch, eh? It was a great one with friends by the pool. Feast Restaurant at Sheraton Bandung nailed it! Thanks for having us, Sheraton Bandung! It was a really nice short escape from the busy city. Wish I could stay just a bit longer. This won’t be our last visit, promise!