You know what? I am a fans of Dinosaurs – not a fanatic one, although I don’t remember each of it. But by watching their movies, their fossils, make me feel so… amazed. As a child, I often caught my self wondering and imagining that I’m living in a world where dinosaurs are still alive. Well, that’s probably why I got too excited when we visit Jin Shan Park in Bejing where the Dinosaurs Exhibition was being held.

Then, years ago, one of my friends from college told me about Jawa Timur Park 2 in Batu, Malang, Indonesia. It’s a huge recreation park which has a Museum (Museum Satwa / Museum of Wildlife), a Zoo (Batu Secret Zoo), a hotel (Pohon Inn) and Eco Park.

And this year, at the mid of August 2013, I finally had the chance to visit all of them! And I swear, they are amazing. I would love to revisit someday.

So, about the museum…

As a museum with the theme “Animal Learning and Education”, Museum Satwa does has a complete collections from preserved wild animal from around the world to ancient fossils. All stuffed animal in Museum Satwa are not earned by hunting them alive, but they simply were dead animals which then preserved. All collections are imported from various countries across the continent, such as the Americas, Africa, Asia, Australia, Europe, the Arctic and even Antarctica. The purpose of the museum itself is to be an institute of wildlife conservation.

As you enter the museum, you’ll find this giant replica of dinosaurs. They are Apotosaurus, Stegosaurus, and T-Rex.

And then you’ll also find so many kind of preserved animals inside their diorama along your way to the exit – which are amazing. They look so alive! And the background itself does illustrate their origin habitats.

Pst. Note that all of these preserved animals are real! Not a replica 😉 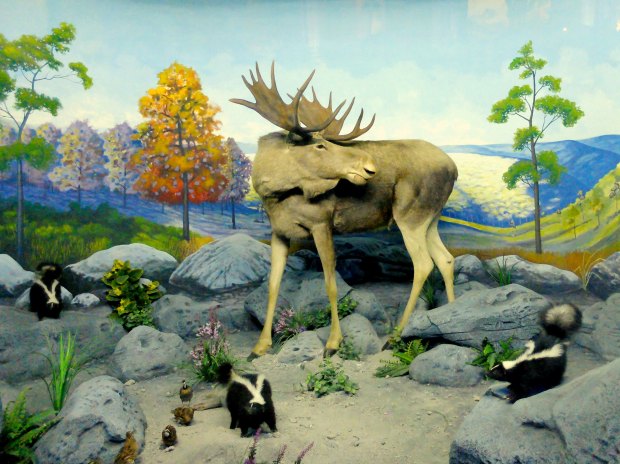 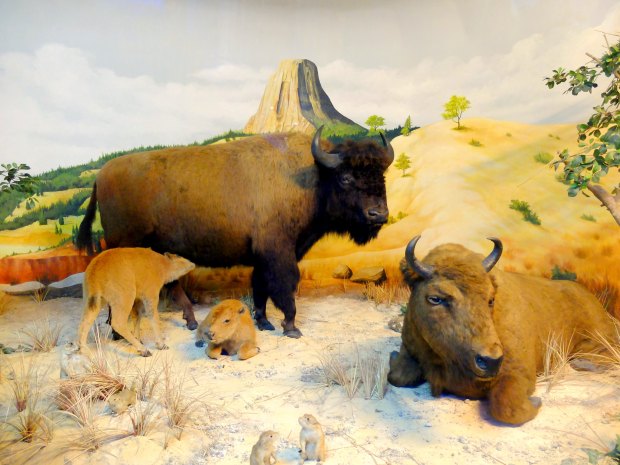 Throughout my life I have been captivated by the wild animals and their beauty. And being able to do a safari at Africa has been my biggest travel dream ever since!
I know I would be able to do it someday. I have to. Or I’ll die being a boring person. You know, watching wild animals running in group, or a cheetah catching zebras would be wonderful. 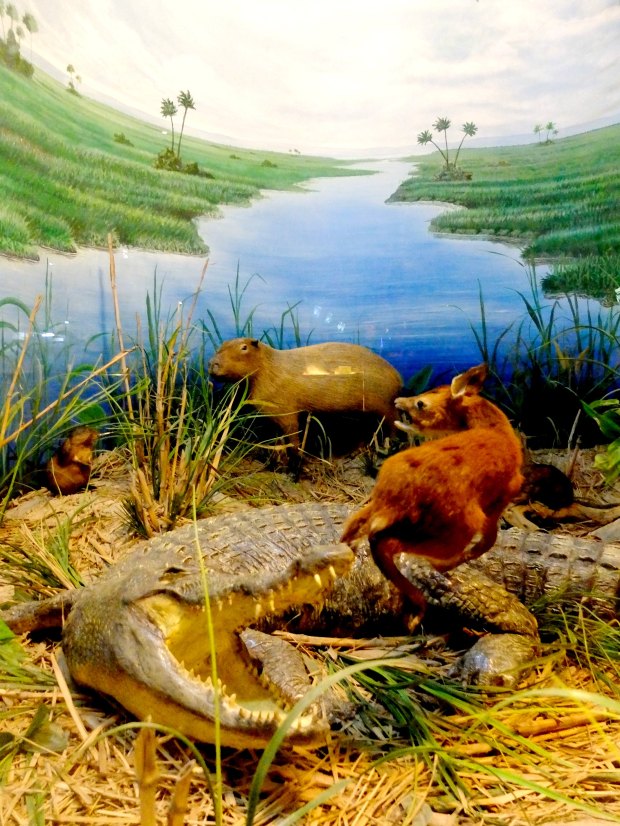 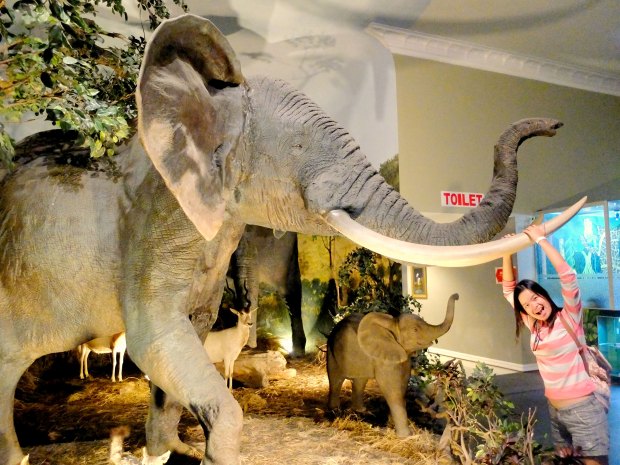 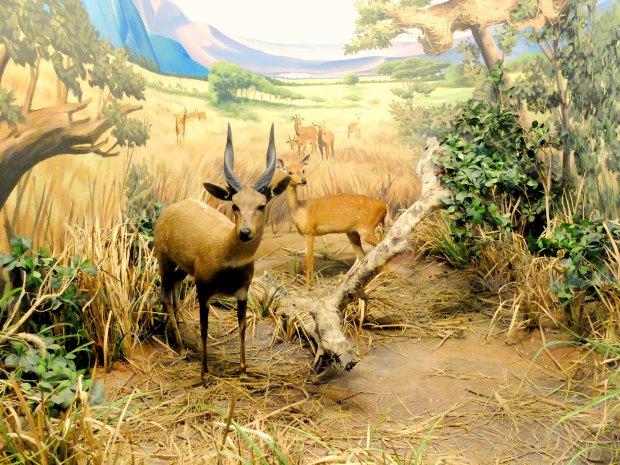 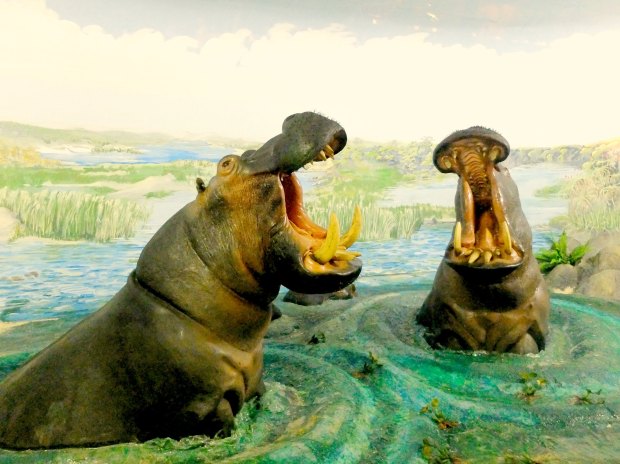 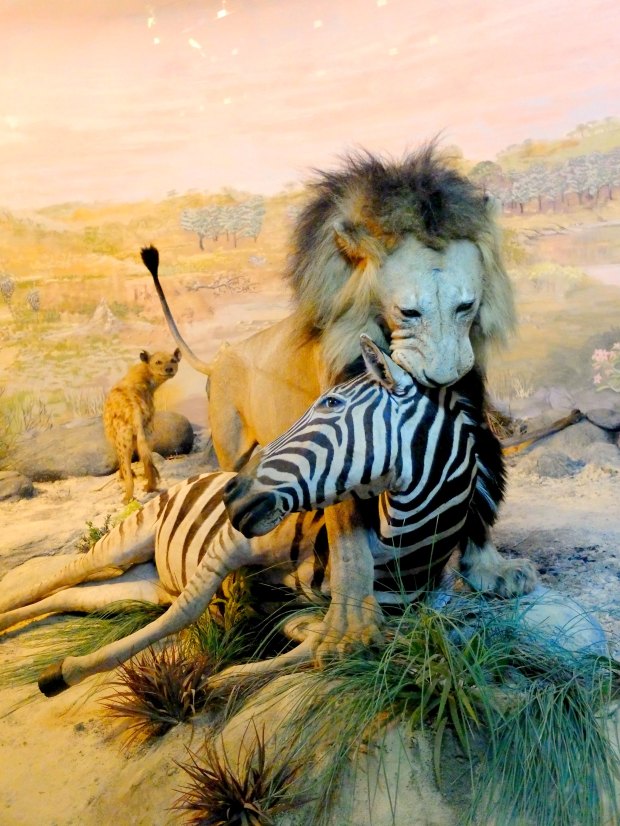 There’s also this Insectarium which has a complete collection of thousands of insects from exotic places, such as Papua New Gunea, Columbia, Peru, Indonesia, Malaysia, and even Madagascar. I love the butterflies the most!

I had my best time when I visited Museum Satwa. I mean, it is indeed the best museum I’ve visited so far in Indonesia! And the feeling was like… opening my old big dream about African Safari I never thought about for quite a long time. At least I know the dream never changed. It’s still there…

*some photos courtesy of Fredric, my beloved travelling partner!